Living in DC I am constantly surrounded by theories and ideas. And as a moderate I find that the biggest unanswered question comes down to the great question. Namely, do you provide incentives to or restrict the choices of individuals in order to shape their lives, or do you let individuals make their own unregulated choice leaving them to face the consequences? 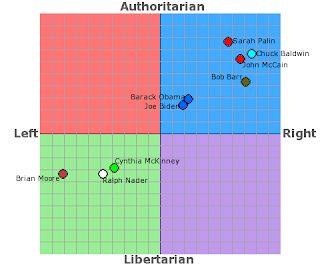 On the political compass this is seen not as an ideological shift of right and left (Conservative or Liberal) as much as a shift of up or down (Libertarian or Authoritative).

On any given issue I am torn between two poles. Do I allow individuals to make their own decisions consequences be damned? Or do I, feeling that I know what’s better try and guide things in that direction? As an overall ideology I don’t think that I can make that distinction at this point in my life. I can try to look at it on a case-by-case basis, but I feel the need to solidify my underlying ideology. 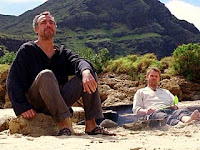 The TV show LOST seems to be demonstrating this principle on some level with two characters, Jacob and MIB (literally Man in Black), who have two philosophies on people. Jacob believes that people can discern between Good and Evil without his help and intervention and MIB who believes that Evil is inherent to humanity. The viewpoints of these individuals aptly demonstrate the dilemma that I face: Jacob the Libertarian & MIB the Authoritarian.

Lets use some real life examples to demonstrate this dichotomy.

Example #1:
The marriage of Same-Sex Attracted Mormon writer Ty Mansfield is set to take place on May 22nd. Ty and Dani met 13 years ago before falling off the grid until around 2008 when they became Facebook friends. In December of last Year they spent 2 ½ weeks with each other and not until the middle of week two did Danielle even realize that Ty was actually dating her. Then a few days later, the last day before Ty went back down to Texas, they DTR’d. That same weekend, Danielle thought that Ty was the man she was going to marry.
To most of the world 3 weeks of dating doesn’t create a marriage, it creates (as one of my coworkers put it) a lustful affair. Add to that that this will be a mixed-orientation marriage and you can see why many of the links on my blogroll are lighting up in controversy over this.
I take a different approach though. I realize that I don’t have all the information. I am not Danielle or Ty and so how would I know what was best for them? How can I presume to have the answer for them? In this regard I have to take a step back and have a Jacobean perspective and let Ty and Dani make their own choices. 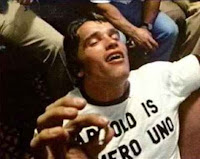 California is proposing legislation to legalize marijuana. The argument most often used is “It’s my body and I can put what I want into it. Who are you to tell me what I can and can’t do?” This is the very answer that leaves me asking, “Do I let you make your own choice to smoke marijuana or do I think I know better that you and prevent you from doing so?”
By looking beyond individual rights and instead looking at how a greater effect I am left with a feeling that the legalization of marijuana would greatly deteriorate the state. It will increase tax revenue which could in-turn ease the tax burden on small business owners providing jobs to the unemployed. It will shrink the black market and lower some crime rates and thus save lives. But in my mind it will also infect (yes, infect the citizen’s with a substance that I feel alters their ability to make rational decisions.
Again I don’t have all the information and so, do I take the Jacobean perspective and let them decide for themselves or do I take the MIB position and control their ability to make that decision? In this case I feel the need to continue to criminalize marijuana despite its ineffectiveness, despite its financial cost. Because I think I know better I am willing to shape policy to restrict individual rights.

So where does this put me? Am I Authoritarian? Am I Libertarian? Does it even matter if I find my balance point between Jacob and MIB? How does this all relate to the Constitution and the Founding Fathers? To Religion? To Gay Marriage? To Education? To Net Neutrality? To the Wisdom of the Crowds?  To Life the Universe and Everything?

For me, All that’s known is that I don’t have a solid ideological platform.

This will be a developing series of posts and, because they seek to answer the life the universe and everything, it has been dubbed as 42.