This post will be a bit out of context because I don’t follow sports and I especially don’t follow baseball but it is the “American Sport” and so it is with pride that I share with you this story from the Washington Post, and just about every other news outlet today.

On Wednesday, during a Detroit Tigers game, the umpire completely missed a call. He didn’t just miss it, he missed it by 2 feet, literally. He called safe on the last player of the game. But it wasn’t just any game either, the pitcher in this game had thrown a perfect game. Until the last player, no one had reached a base safely. The umpire’s missed call of SAFE destroyed a perfect game.

In sports, particularly the midwest, it is not uncommon for fans to get blood thirsty at a ref or umpire and it is a given that the ref saw the call wrong no matter what angle a spectator had. Given this call you would have expected Tiger’s fans to lynch the umpire. But that didn’t happen.

Jim Joyce looked at the instant replay after the (near-perfect) game had ended and realized his mistake. But rather than sticking to his guns and being adamant about his position he “manned up” and admitted that he was wrong, that he was in error, that he had made a mistake.15 hours later, at the next game, his reception by Detroit’s fans was cheered. As Washington Post writer Thomas Boswell puts it, “In a kind of cascade effect, one person saw unexpected virtue in another and decided, ‘Well, I guess I can suck it up and do the right thing, too, if he can.'” 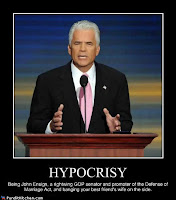 I read this story (like nearly all of my print news) while on the metro headed into DC, the heart of politics and what the agitated TEA Party sees as the cesspool of mistakes. Without a doubt mistakes are made everyday in D.C. and they often get media attention. But hardly ever to you see a heartfelt “I screwed up” come from a politician’s podium. Eric Massa? Nope. Blumenthal? No. Souder? Nada.Ensign? Zilch. Joe Wilson’s “apology” for yelling “You Lie!” was a simple admission that his actions were “inappropriate”. 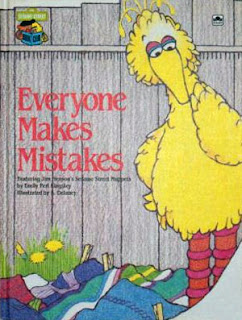 This mentality of passing the buck onto someone else, of stating “Mistakes were made” instead of stepping up to the plate and saying “I screwed up” is why American’s are cheering for an umpire and railing against Washington. The American people are disillusioned with falsehoods. We will no longer sit idly by while politicians pass the responsibility of their actions onto someone else.

There is a simple truth in this world, everyone makes mistakes, it is what you do next that matters. When you make a mistake will you hide it? will you blame someone else? will you pretend nothing went wrong? or will you own your mistake and stand tall as you place the blame upon your own shoulders?

UPDATE:
Something I thought of yesterday was the biggest of all mistake makers… Washington, George Washington.
Chopping down the cherry tree was a mistake. And he could not tell a lie so he owned up for it.Building the fort at the bottom of the hill was a mistake but he took responsibility for his actions and we rewarded him.

The Electorate wants to hold “Washignton” responsible right now and they should. But if you are campaigning on cleaning up the mindset of “mistakes were made” don’t shove off blame of the American system onto the inanimate object that is congress.