I have been researching political candidates in Utah’s Senate race I hear a lot of talk of Amendments being brought forward as if they are likely to get passed. The politicians are making gestures of empty promises and they know it. Mike Lee is in support of repealing the 17th Amendment. For those of you who don’t have their pocket constitutions ready to whip out, the 17th Amendment to the United States Constitution abolished the practice of electing Senators from the state legislatures and instead put power back into the hands of the people. 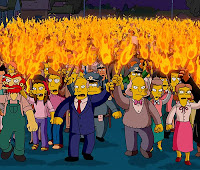 When the framers originally created the constitution there was a strong fear of mob rule (or the tyranny of the Majority) and so to safeguard against this, the original constitution created the upper house of Congress (The Senate) in such a way that those elected would be chosen by the sharpest minds no the loudest ones. Now while there is merit in that concept – given our age of soundbyte elections – I strongly oppose all this talk of repealing the 17th Amendment for 2 reasons. 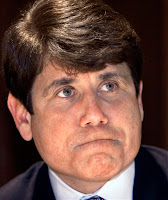 1st is Corruption. Corruption was such a fear of the Founders that they wrote in safeguards against it into the original Constitution. The Emolument Clause explicitly prevents Members of Congress to, after leaving congress, take a job in which their was a pay raise given while they were in office. This was to protect against the corruption that they saw upon looking at history. But what they didn’t protect against was people like William A. Clark who I refuse to honor with the title of former Senator. 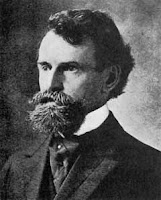 In 1899 William Clark wanted to become a U.S. Senator and so he spent time literally buying votes in the Montana State Legislature so that he could get elected. You think that Blagojevich is bad, William Clarck litteraly gave bags of cash, $10,000 in a personal, monogrammed envelope got him a vote for the U.S. Senate. His corruption is precisely what the Founders were trying to prevent throughout the Constitution. Mark Twain wrote of Clark, 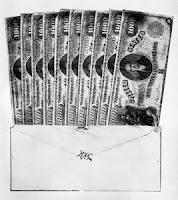 He is said to have bought legislatures and judges as other men buy food and raiment. By his example he has so excused and so sweetened corruption that in Montana it no longer has has an offensive smell. His history is known to everybody; he is as rotten a human being as can be found anywhere under the flag; he is a shame to the American nation, and no one has helped to send him to the Senate who did not know that his proper place was the penitentiary, with a ball and chain on his legs. To my mind he is the most disgusting creature that the republic has produced since [Boss] Tweed’s time. 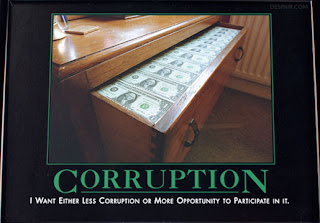 The second reason I oppose the repeal of the 17th Amendment is because it simply would be a really dumb thing to do. People hear it and it sounds like a great idea. After all, the Beltway status-quo are what elect Senators so why not get their influence out of our elections and force the elections to be focused and maintained by the individual states. I understand what their goal is and I commend it. Senator Bennett was ousted largely by The Club for Growth. And they are located where? a 10 minute walk from my office just off of K St. People are right to be concerned that their elections are being highjacked by “grassroots” movements from outside the state and that candidates are being funded by special interest lobbies.

Most of these repealers are Republican (all I think but I haven’t checked) and this is also a push from the TEA Party. but if you look at what would actually happen on a national scale should it be repealed you would actually have a larger majority of Democrats in the United States Senate. Why? because a majority of the State legislatures are controlled by Democrats who will elect other Democrats. The very people who feel disenfranchised by Government will become even more so if the 17th Amendment is repealed. (see Nate Silver’s article for more comprehensive data)

I do recognize the legitimate concerns from both sides of aisle. Elections are becoming more and more corrupt and influenced by outside special interests. Honestly it is the easiest way to get a law in your favor passed. So rather than channel the energy into an attempt at repealing the 17th Amendment that will ultimately fail (Senators aren’t going to voluntarily give up the reigns of power) we should focus on better campaign reform laws. Laws that shine light into contributions to campaigns and regulations that a certain % of the money raised in an election has to come from inside the state. I don’t have the answer to the problem but I do know that repealing the 17th amendment will only cause more problems. Perhaps we should try something else.

For more information on shining light into elections please visit The Sunlight Foundation and/or their campaign Public Equals Online. They are a phenomenal organization that could use your support of time, money, or just plain spreading the word online.