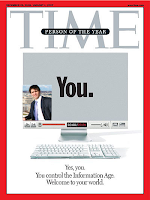 Ever since late 2006 when Lev Grossman wrote that I was the Person of the Year his name has come across my radar several times so when I saw a review of his new book entitled the review which stated “The Magicians is an homage to both J.K. Rowling and C.S. Lewis, as well as an exploration of what might happen if troubled kids were let loose in the supernatural realms they grew up reading about.”

To anyone who knows me well, the way to my heart is through C.S. Lewis. And so this book appeared to be just what I needed for my next fiction fix. Before I start my review let me give you the synopsis:

Quentin Coldwater is brilliant but miserable. He’s a senior in high school, and a certifiable genius, but he’s still secretly obsessed with a series of fantasy novels he read as a kid, about the adventures of five children in a magical land called Fillory. Compared to that, anything in his real life just seems gray and colorless.

Everything changes when Quentin finds himself unexpectedly admitted to a very secret, very exclusive college of magic in upstate New York, where he receives a thorough and rigorous education in the practice of modern sorcery. He also discovers all the other things people learn in college: friendship, love, sex, booze, and boredom. But something is still missing. Magic doesn’t bring Quentin the happiness and adventure he thought it would.

Then, after graduation, he and his friends make a stunning discovery: Fillory is real. 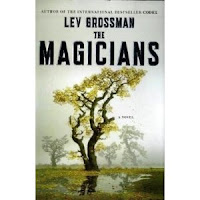 At its most basic level, this novel is about a student at Hogwarts (or Brakebills as Grossman dubs it) who upon graduating finds that the Narnia is real and that he can visit. It takes a good deal of time for you to get into Narnia (or Fillory) but that is because the book isn’t about the simple plot of a Hogwarts graduate. Rather it is about how the thing we want is just out of reach in our minds and yet literally already in our grasps if we only accept the fact that we are happy and content.

Throughout the novel Quentin reaches a glass ceiling. He gets to a point of living where his thoughts become “If I just had what is out of my reach I would be happy. He begins the novel in this phase and despite all reality enters a fantastic world of magic that should have cured his sense of nothingness. and for a while it did. For a time he was hard at work finding his place amongst the magical world and eventually he learned to just live. But then after graduating he realized that he could magic just about anything he wanted and life became repetitive, boring, pathetic. He tumbles into Narnia only to be disappointed and broken by his wanderings there. He is the epitome of ennui. And it is impressive that Grossman hit upon this theme above all others he could have.

After all we all are like Quentin. We all think that the next boyfriend, next phone, next job, next book, next day will make us happy but in reality Louis C.K. was right. “Everything’s Amazing and Nobody’s Happy”. We live in a world of technological advancements which are in their right magic understood by the masses and what happens? We become clinically depressed and medicate (self or prescription) ourselves into a stupor akin to zombies. How poignant is it that a novel by Lev Grossman, proclaimer of all of us as the person of the year, is proclaiming the truth that stings within us, we have happiness in front of us, within our grasp and still we search for something more.

When I first read my friend Mark’s post I scoffed and thought that he was just settling for contentment but after reading this novel his words hit me so much deeper.

I find happiness in simply living: in telling jokes, in training for marathons, in making friends, in sharing experiences, in playing croquet, in exploring the world, in learning how to cook tofu, in listening to pop music, in believing that effort is rewarded and that God does indeed love his children, in small victories, in Backstreet Boy cruises, in having my perspectives challenged, in binding my life to the Savior, in becoming more like Him.

In case you didn’t catch the reference to Louis C.K. above I have attached the video below, but first some memorable lines from this novel that recognizes Harry Potter both in the premise and in the text.